After a year of waiting, Rick and Morty will be coming back to Adult Swim with new episodes so now it’s time to gear up for Season 6’s premiere as soon as it hits! The fifth season of the series ended with a massive cliffhanger that shook up our understanding of Rick and Morty’s version of the multiverse forever. Launching all kinds of theories and questions since then, things have kicked up even more thanks to promotional materials and the worldwide Wormageddon event teasing just how wilder things are going to get from here on out. It’s just a matter of buckling in to check it out.

Rick and Morty Season 6 premieres with Adult Swim on Sunday, September 4th at 11:00PM EST. In North America, the only way to catch the series as it airs is through Adult Swim itself (as well on certain digital platforms where fans can buy the season). It won’t be streaming HBO Max the next day much like other recent Adult Swim original releases, unfortunately, but interested fans will be able to check out Adult Swim’s website at a later day to check out the episodes in the season too if it’s anything like Season 5’s run last year. 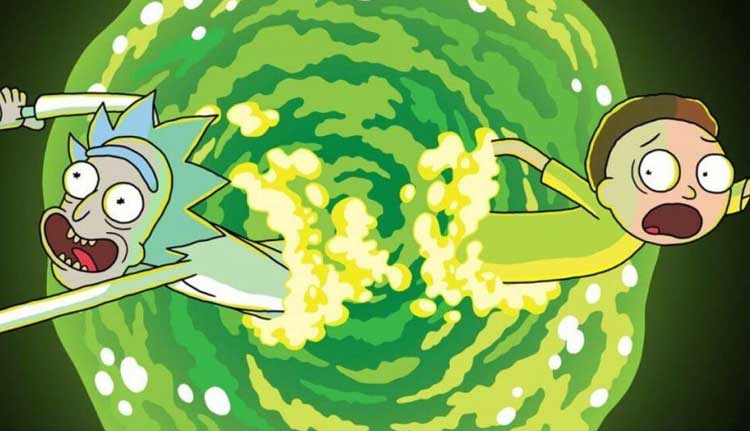 Rick and Morty Season 6 Episode 1 is titled “Solaricks,” and it will be picking up from the end of the fifth season and will see how the titular duo get out of the jam Evil Morty got them into last season. Like some of the more effective season premieres from the series’ past, this one will thankfully not completely ignore the story set in motion and will explore the fallout as the season continues. But as mentioned earlier, North American fans will have to tune into live TV for a while before the series will become available for streaming likely some time next year.

If you wanted to get a refresher on what has happened already, you can catch the first five seasons of Rick and Morty now streaming with Hulu and HBO Max. Adult Swim teases the new season as such, “It’s season six and Rick and Morty are back! Pick up where we left them, worse for wear and down on their luck. Will they manage to bounce back for more adventures? Or will they get swept up in an ocean of piss! Who knows?! Piss! Family! Intrigue! A bunch of dinosaurs! More piss! Another can’t miss season of your favorite show.”