Nope, this is not going to be yet another article that talks about the liposuction, cosmetic surgery, or dental implants of Hollywood celebrities. This is all about love! Let us take a look at our favorite LGBT couples in show business. We hope you are ready to hear all about the sweetest love stories ever. We doubt that there is another couple who could kick off this list any better. Ellen is best known for making the viewers of her talk show laugh out loud. Of course, let us not forget her passion for LGBT rights. The television star was the recipient of the Presidential Medal of Freedom thanks to her hard work. In 2004, she started going out with Portia De Rossi, who is best known for her work on Arrested Development. They tied the knot four years later and remain in love to this day. 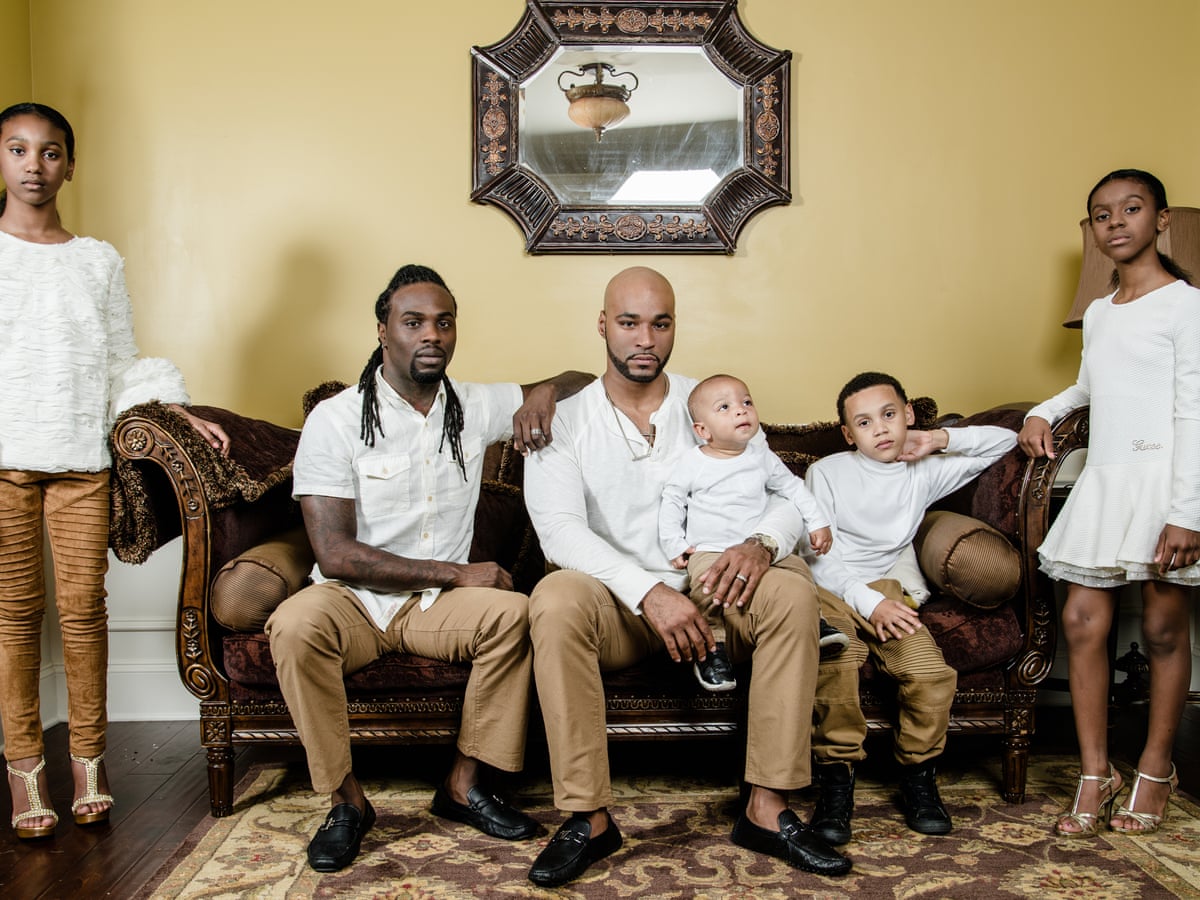 This is one couple who owes their fame and fortune to Instagram. Kordale Lewis and Kaleb Anthony have a joint account that details their love story as well as their daily lives with their four children. The Instagram account had been getting so much attention on the social media platform that it piqued the interest of the Swedish high-end fashion house called Acne Studios. The campaign followed the men and their children, effectively making them the first black gay family to be featured by a luxury fashion line. There are plenty of reasons to adore this lovely couple. David Burtka and Neil Patrick Harris managed to stay engaged to each other for five years without letting the world know. In 2014, the two of them finally became man and man. Of course, let us not forget that this power couple welcomed a set of twins in 2010. 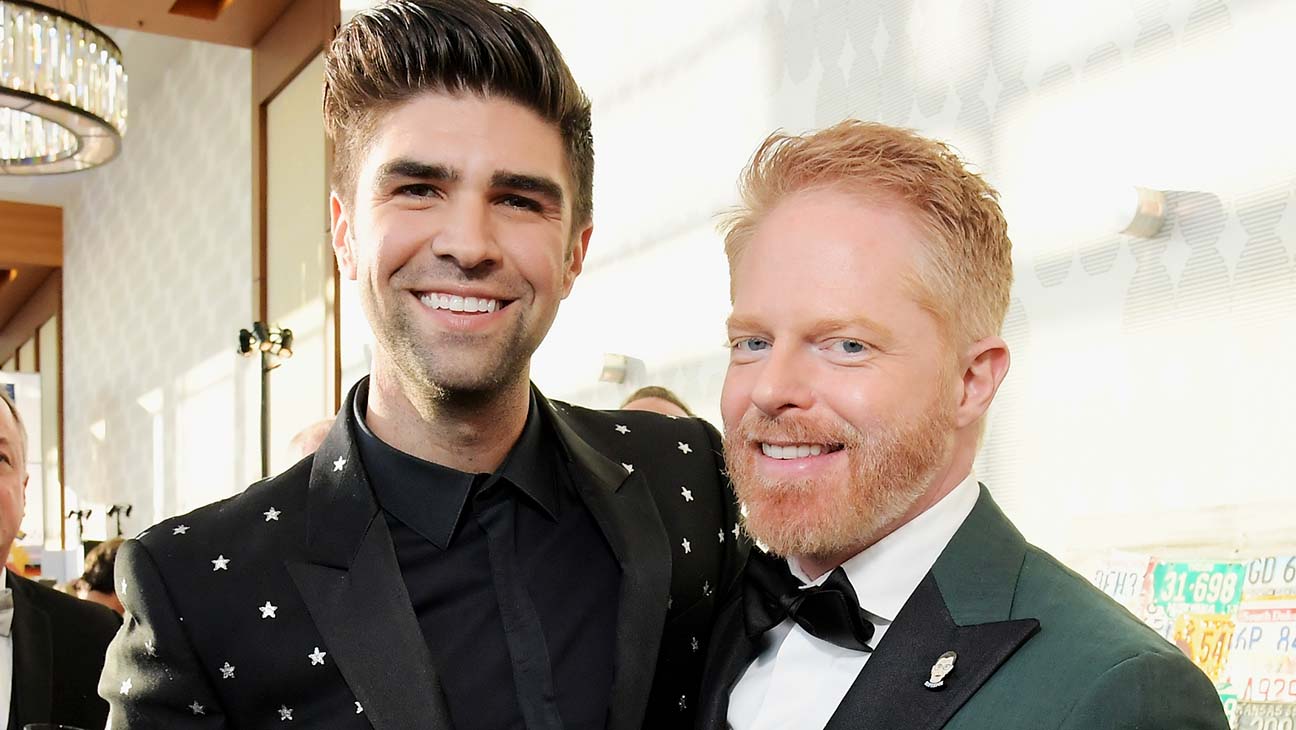 Modern Family fans, we are sorry to report that Cam and Mitchell are not a couple in real life. However, we are more than happy to see Jesse Tyler Ferguson and Justin Mikita together. These two exchanged vows in 2013. Instead of asking for wedding gifts, they asked their friends and family to make a donation to the marriage equality charity by the name of ‘Tie the Knot’. How awesome is that? Ricky Martin became a household name after he released the incredibly popular song “Livin’ la Vida Loca”. He was able to make headlines once more after he went on The Ellen DeGeneres Show and announced that he was engaged to the painter Jwan Yosef. If you look the video up online, you will probably end up with a smile on your face. We are happy for the two of them! 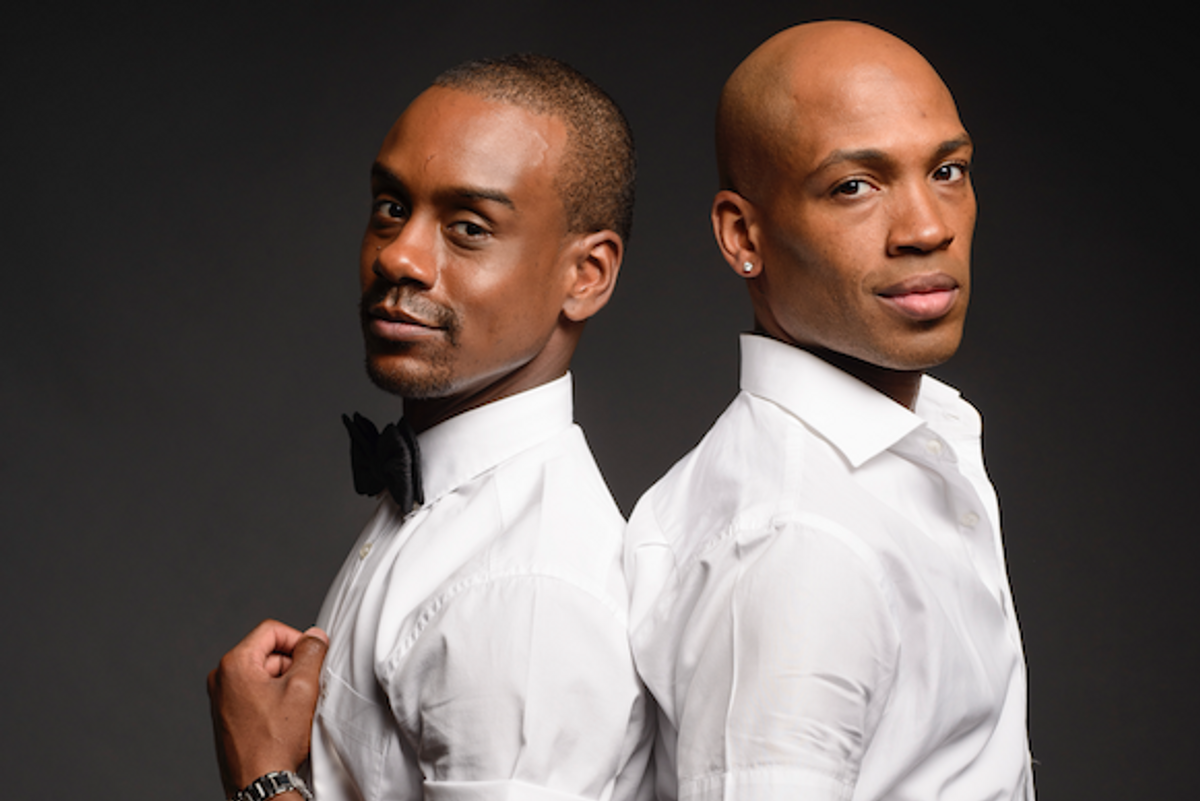 If you are interested in dancing, you probably already know just how talented Antonio Douthit-Boyd and Kirven Douthit-Boyd are. The two of them met while working with the Alvin Ailey Dance Company. In 2013, they exchanged their vows. We are jealous that they get to travel and dance together! 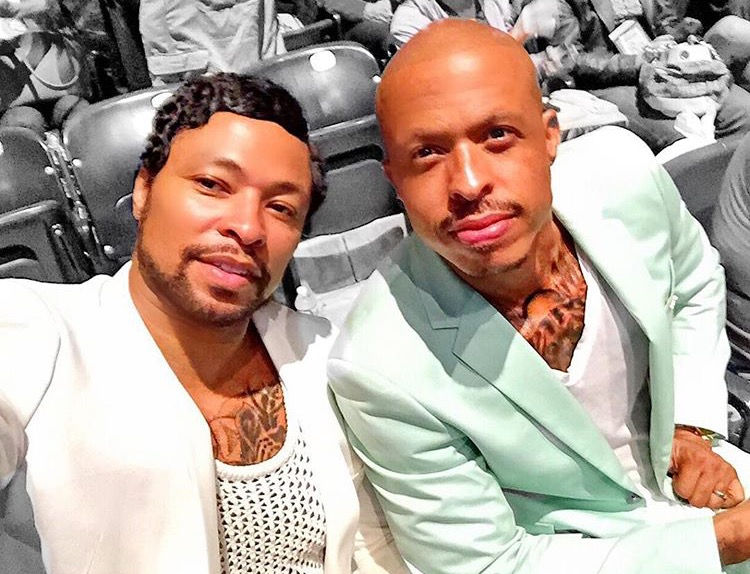 If you are planning a wedding, you might be interested in GROOM. This is a premium brand that offers a tuxedo lounge and menswear line for grooms and groomsmen. The brains behind this brand are none other than fashion designer Octavius Marsion and his husband, choreographer Jamal Sims. 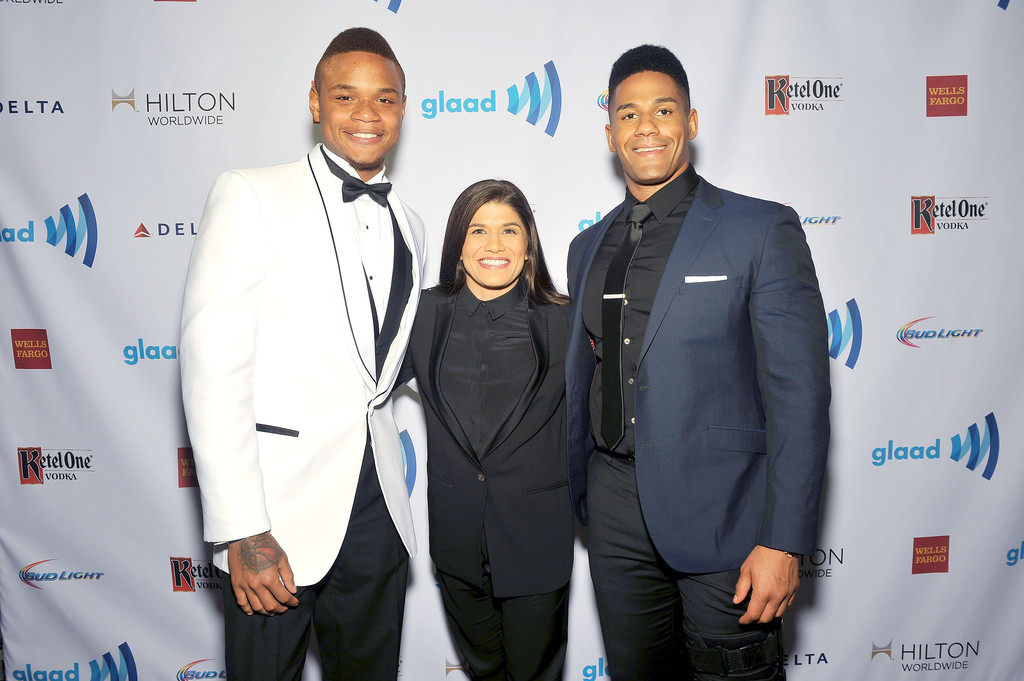 Darren Young of WWE fame surprised everyone after making the announcement that he had been together with Nick Villa for two years already. He told Ellen DeGeneres in an interview that the reason he chose to come out was so that it would be possible to bring his partner to WWE events. Trendsetter and Hollywood socialite, EJ Johnson is not one to shy away from the camera. It seems to be that he is not only living his dreams but is not afraid to flaunt his curves. He was recently seen brunching in Los Angles with his new bae, Christopher Milan. The real question is how serious are these two lovebirds? We do know that certainly look great together! 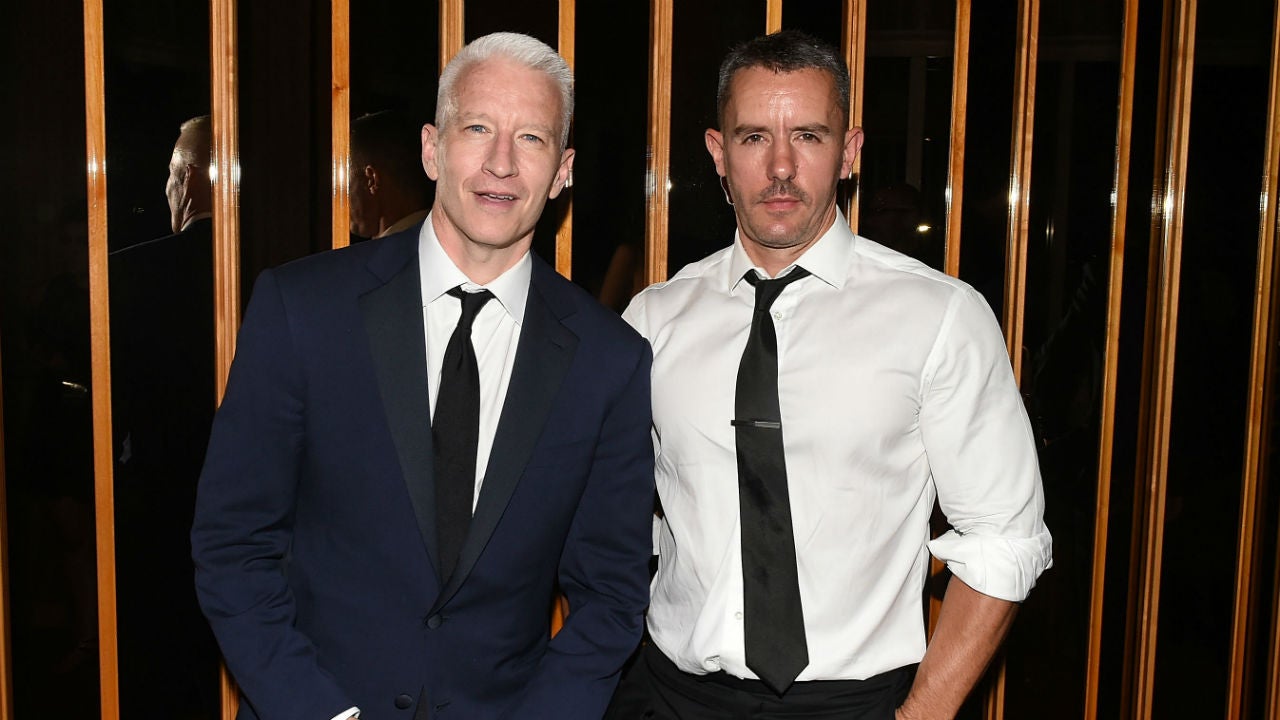 The famous CNN anchor practically lives in the spotlight at this point. However, not many know that he had been in a relationship with a non-celebrity man since 2009. Benjamin Maisani has quite a different career from Anderson Cooper – after all, he is the owner of a gay bar! The two bought a historic Connecticut property together, though they have since called it quits. In an interview with the Daily Mail, Cooper said, “Benjamin and I separated as boyfriends some time ago. We are still family to each other, and love each other very much.” 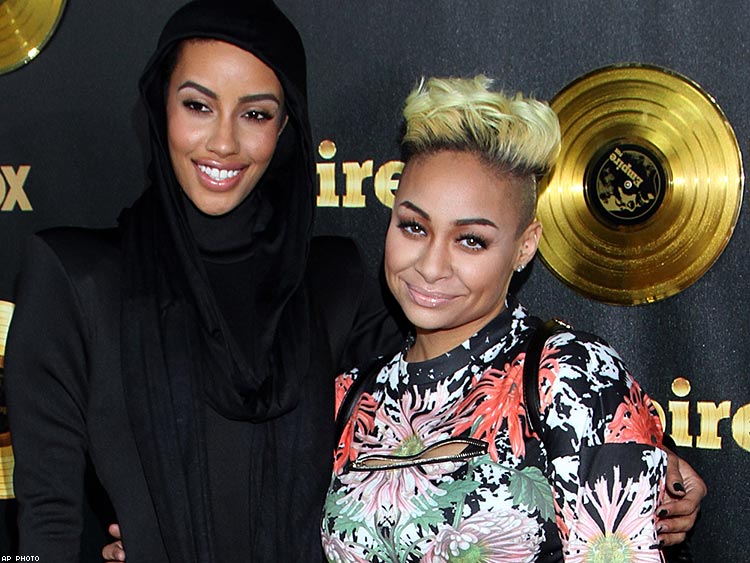 Everyone got to know and feel in love with spunky Raven when she starred on The Cosby Show. She is now a co-host of The View after spending some time on Disney. Her fans were excited to hear that she started dating AzMarie Livingston back in 2012. They were together for three years before she split up with the actress, singer and model. 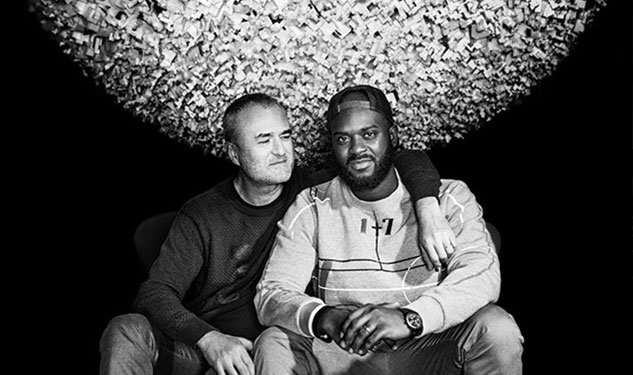 Did you know that Derrence Washington is married to the founder and ex-CEO of the Gawker foundation? Journalist and entrepreneur Nick Denton and the actor got married at a rather unique venue: The American Museum of Natural History. 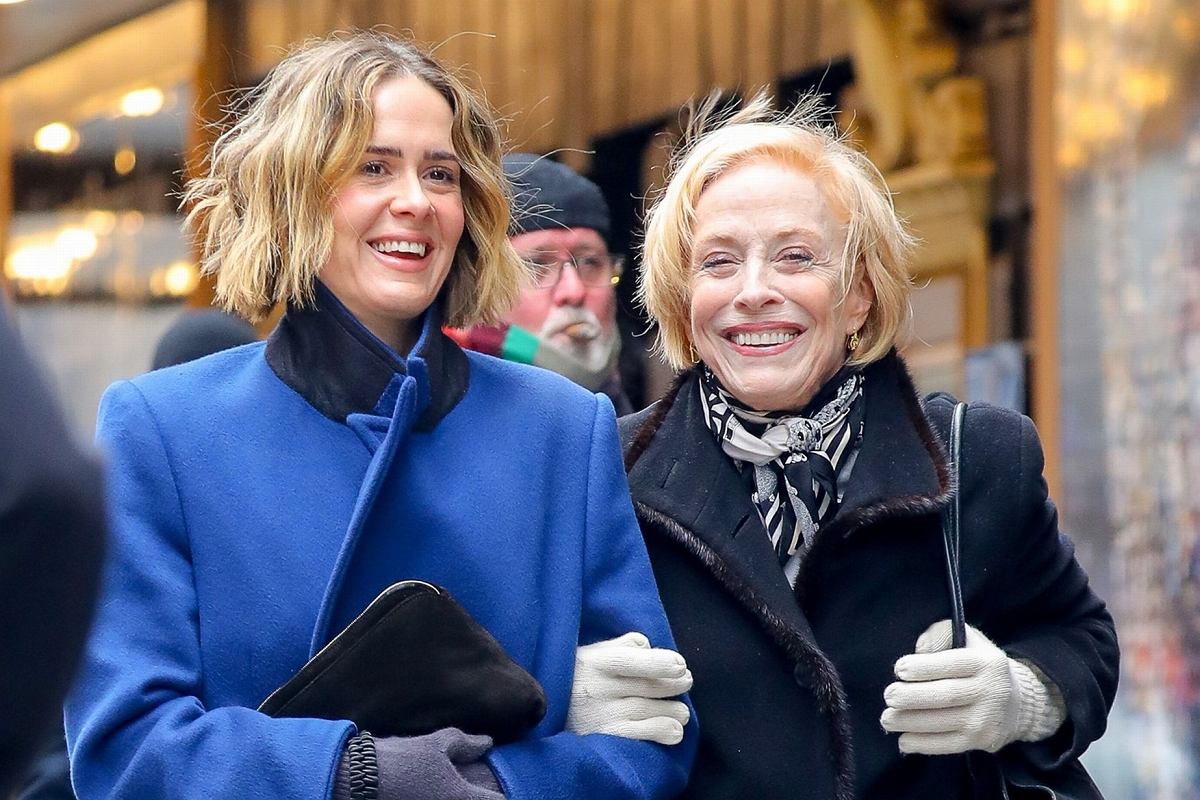 When we talk about love, a number is sometimes nothing more than a number. When Sarah Paulson and Holland Taylor entered a relationship together, they received a lot of criticism for their sizeable age gap. After all, Holland Taylor is 25 years Paulson’s senior. Considering they are adults now, let us just leave them be. 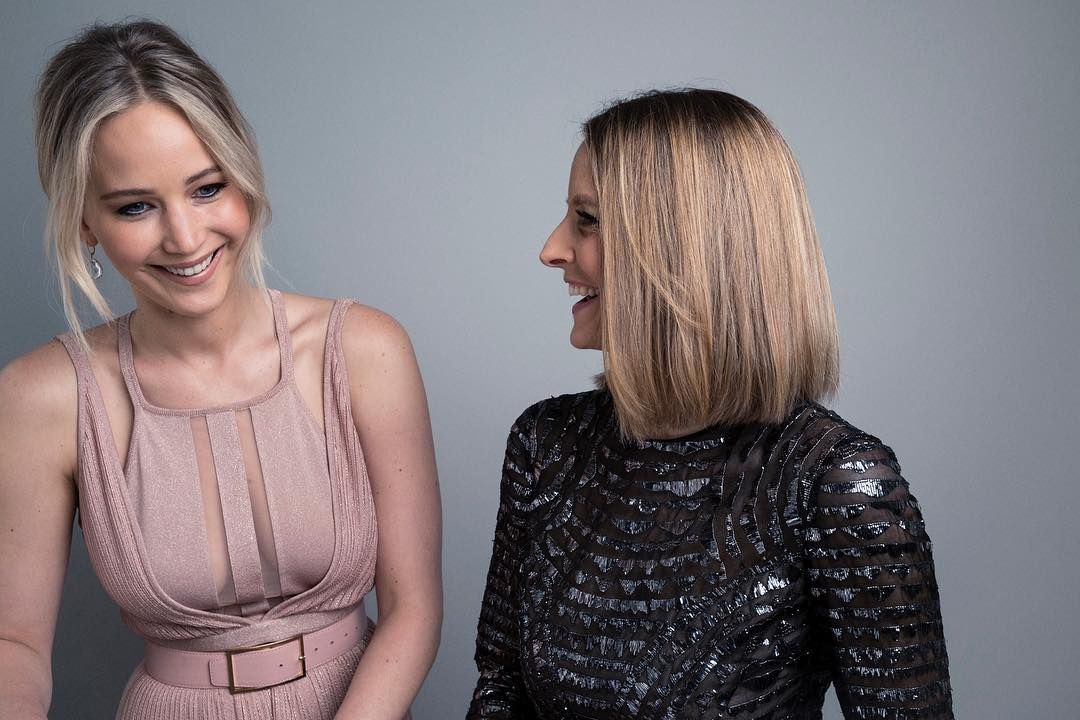 The award-winning actress-director Jodie Foster is one of the most popular people in the entertainment industry. She has been very private about her marriage to actress-photographer Alexandra Hedion. Even though they do not let us into the minute details of the relationship, the lovely ladies sure look happy with each other. Not only are they successful with their individual careers, but they also won in love. 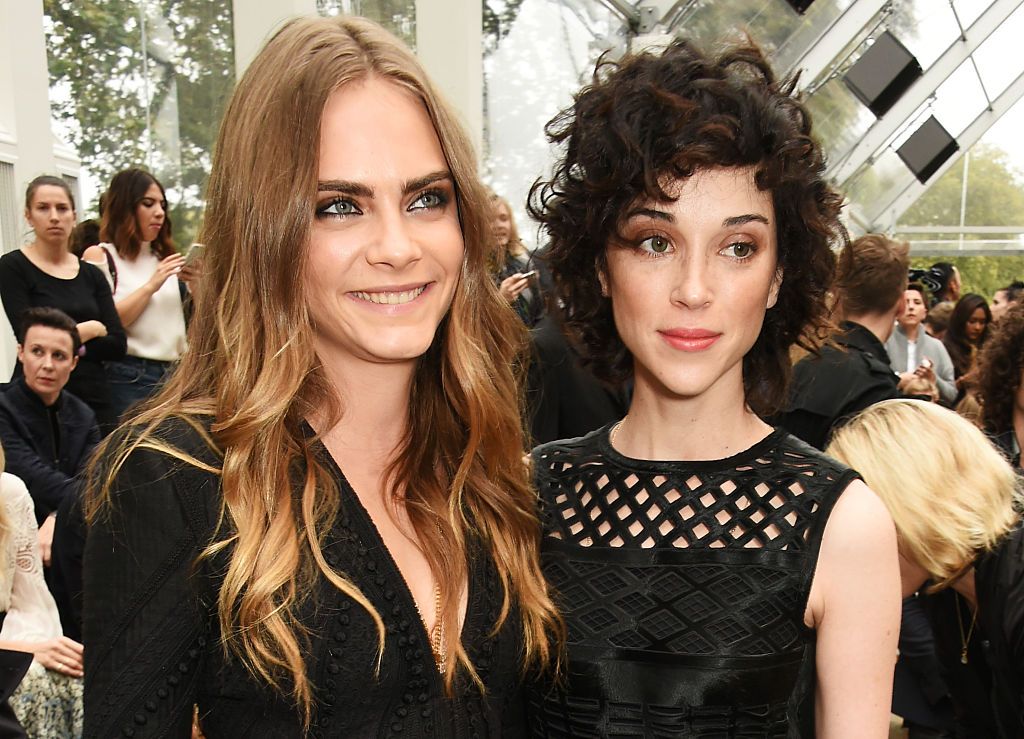 We were sad to hear about their breakup in 2016 but bear with us as we look back on their high-profile relationship fondly. You will find few young women who are more famous or successful than Cara Delevingne. She used to date musician Annie Clark, better known as St. Vincent. 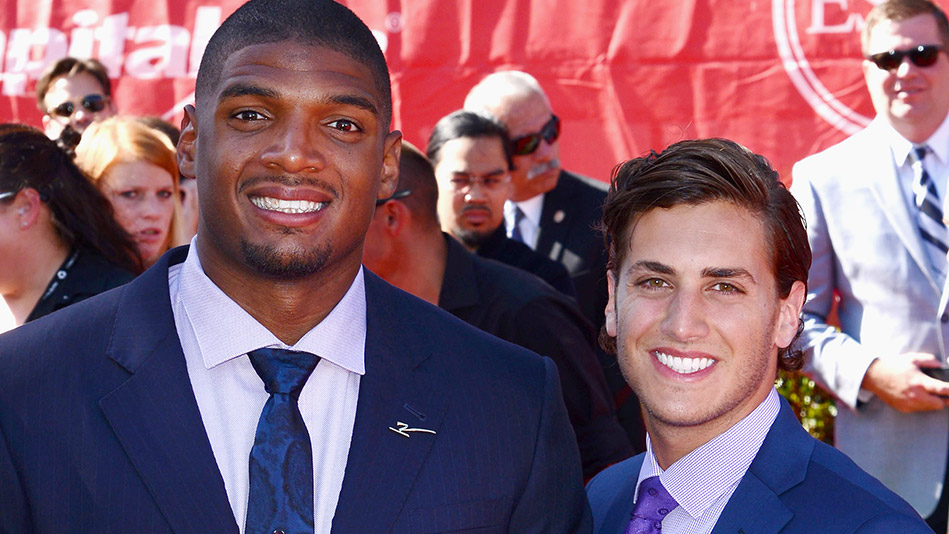 It is not a secret that becoming a professional football player comes with its share of ups and downs. Exhibit A: Michael Sam. When he got chosen by the St. Louis Rams during the NFL draft, he was so emotional that he kissed his boyfriend Vito Cammisano on live television. After several months, they got engaged. Unfortunately, they ended up calling it off and breaking up. 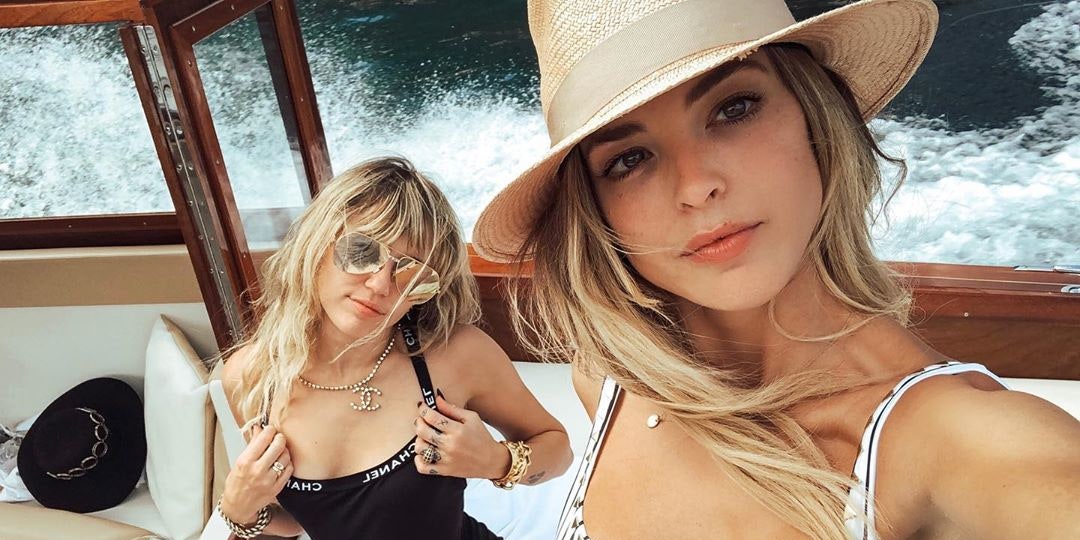 You might have heard that Miley Cyrus, the famous singer, and her actor husband, Liam Hemsworth have recently announced that they are separating. Well, not long after, Miley was seen getting close with reality star, Kaitlynn Carter while on a getaway in Italy. It just so happens that Kaitlynn is going through a very similar thing herself. She and her husband, Brody Jenner (the one from Keeping Up with the Kardashians), have split. It looks like Miley and Kaitlynn have really hit it off since they’ve been spending all their time together this past couple of weeks. From dancing in clubs together to hanging out with Miley’s mom, Tish, it seems like these two are having a great time! 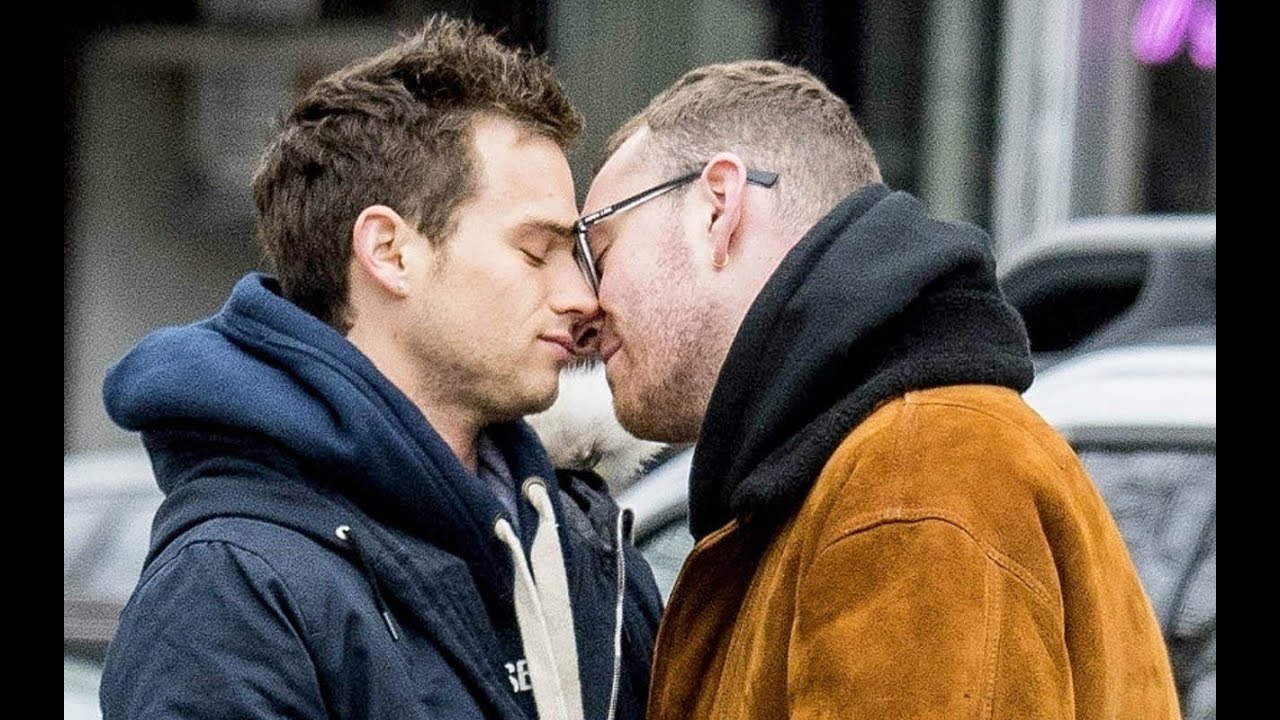 There was quite the media frenzy when popular musician Sam Smith announced he was seeing Brandon Flynn of 13 Reasons Why fame. They sure make one cute couple! Let us hope they get around to talking about the relationship more. 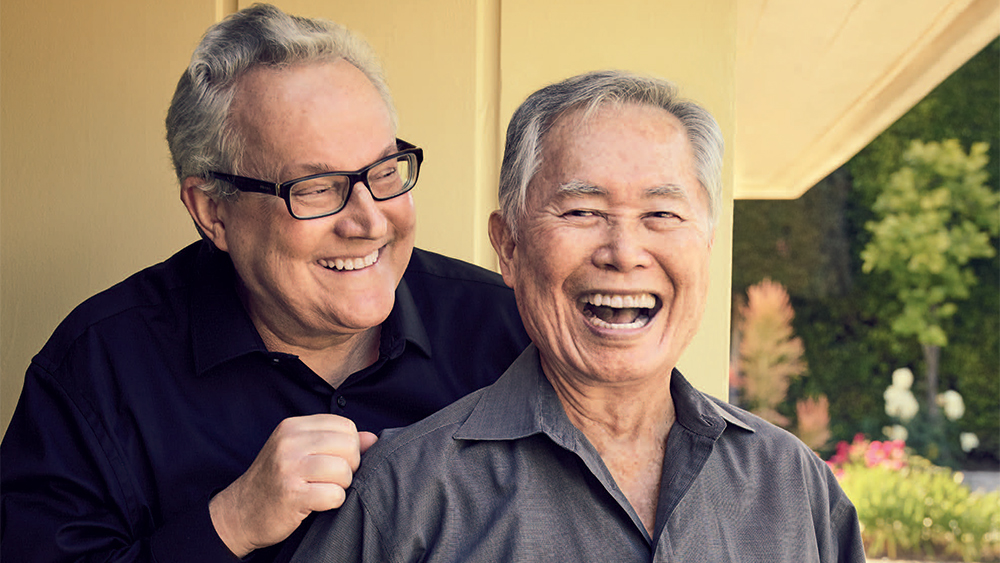 Star Trek star George Takei and partner Brad Altman had been together for 27 years before they decided to make it official in 2008. Did you know that Brad acts and writes as well? Like the other celebrities on the list, Takei is passionate about LGBT rights. Wanda Sykes decided to walk down the aisle with Alex Sykes in 2008. One year after their marriage, Alex delivered a pair of twins: Lucas and Olivia. If you have never heard Wanda talking about their children on talk shows, you should definitely look up the clips. She has the funniest stories about the little ones! If you are a famous personal trainer, we doubt that you will ever need to undergo liposuction. Jillian Michaels knows this better than anyone. She and Heidi Rhoades have two lovely kids together. They got married in 2016. Are you interested to hear more about their relationship? Go and watch Just Jillian to hear more all about it and more! In 2012, comedienne Rosie O’Donnell ended up tying the knot with Michelle Rounds. A year after this, the two of them had a daughter. Although they looked great together, they have since called it quits. 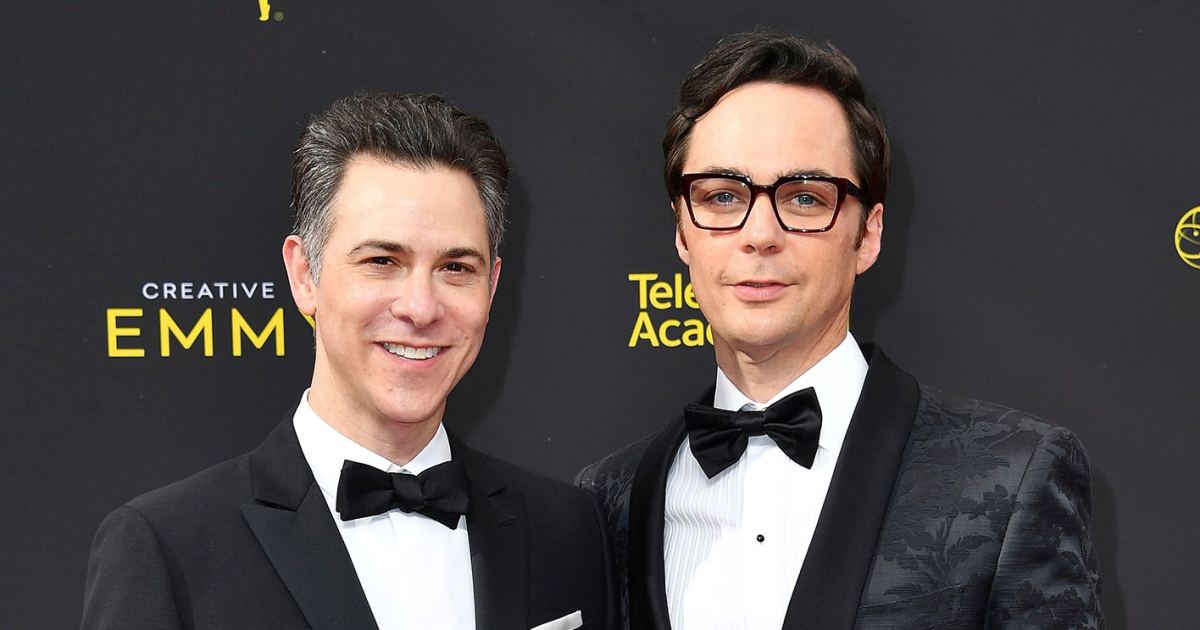 Big Bang Theory star Jim Parsons and art director Todd Spiewak have been together for a long time now. They were in a relationship for 15 years before they walked down the aisle in 2017. 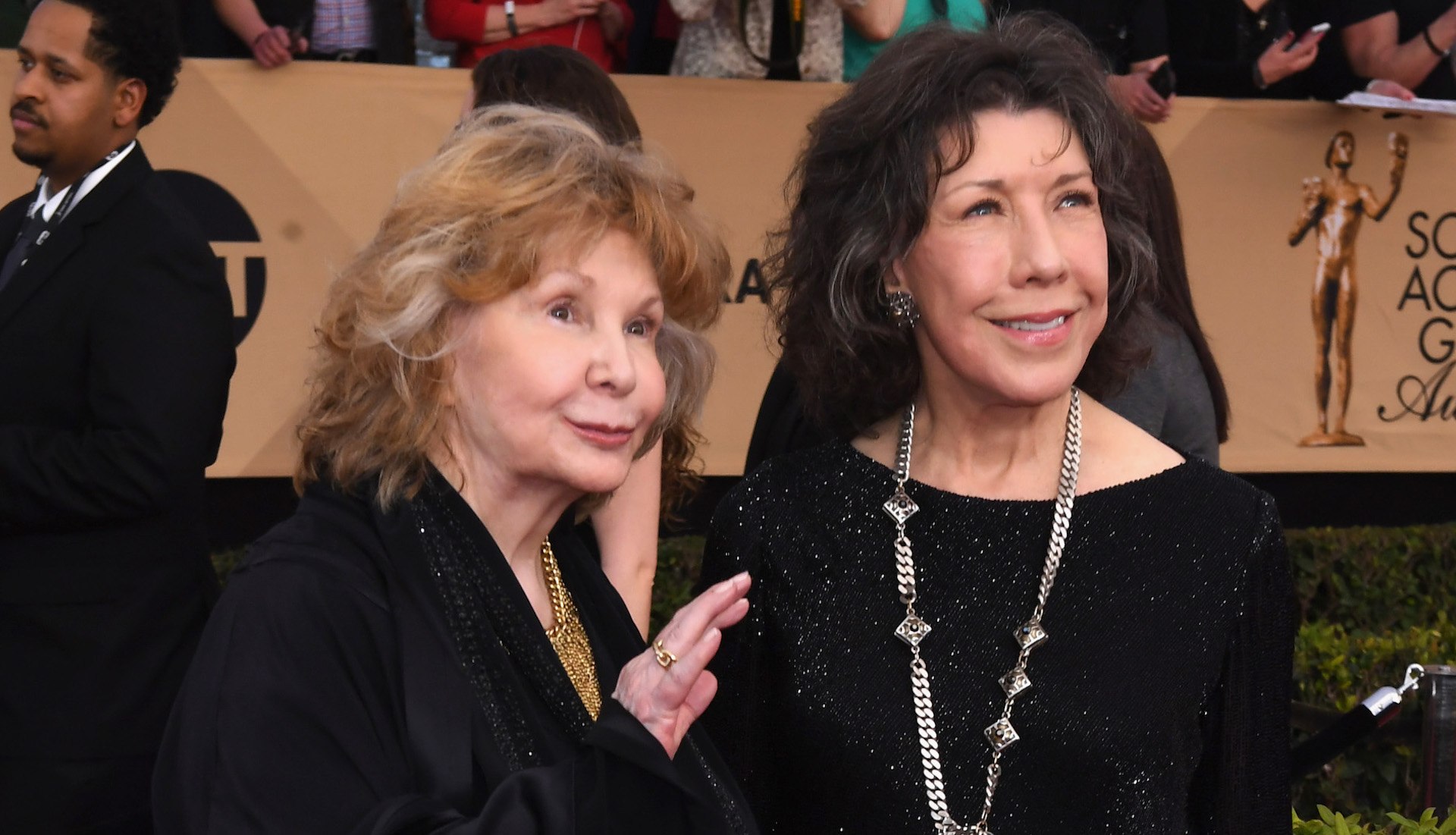 Funny lady Lily Tomlin and writer, director and producer Jane Wagner have been together for longer than most other couples on the list. After 42 years together, they tied the knot in 2013. Isn’t that sweet? 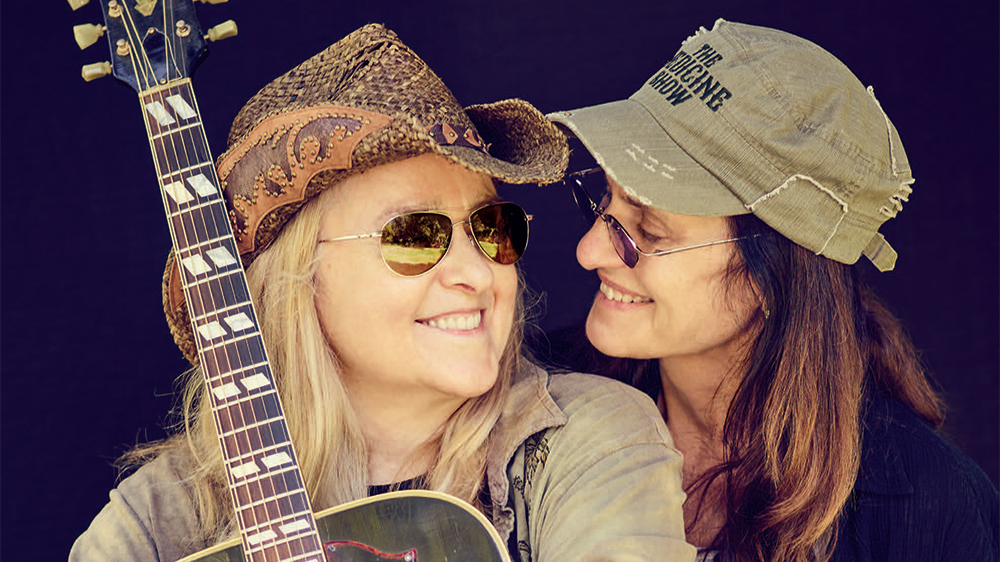 After spending a long time together, musician Melissa Etheridge and actress-producer Linda Wallem decided to make it official. The two of them share a birthday as well. That sounds a lot like fate to us. Peanut Butter and its Health Benefits