Vedanta Chairman Anil Agarwal has just shared a lengthy post on LinkedIn about hard work. He wrote how he would always tell youngsters that there was no alternative to hard work. Then, he wrote about the 25% rule that helped him find his “footing” in the UK.

The initial several months were difficult for Agarwal. He was anxious about establishing himself in a distant country yet equally eager about fresh chances. He learned that the cable business Duratube had filed for bankruptcy while riding the train to Manchester, and he immediately began considering buying it.

He called an HSBC banker right away and questioned him about the institution. He discovered that Feltham-based Duratube served as British telecom’s sole supplier at the time. In the middle of our conversation, the banker said, “I beg your pardon.”

Agarwal “froze” because he did not know what the banker meant. Later, he realised that the banker had requested a repeat of his question due to his strong Indian accent. However, they were both equally perplexed at that same moment and awkwardly silent.

He soon realised that his daughter was experiencing a similar amount of difficulty when she relocated to a new nation and, in her case, a new school. Like any immigrant, she had to start over and find acquaintances in the new environment. As a father, it hurt him to see my daughter suffer as a result of his choices, but he had trust that with a little encouragement, she would be able to adjust and get through anything.

He told her, ‘Beta, you are so strong, just believe in your strengths. You don’t have to change yourself, just focus on pushing yourself a little harder every day, even if just by 25%, and the world will start admiring you.’ 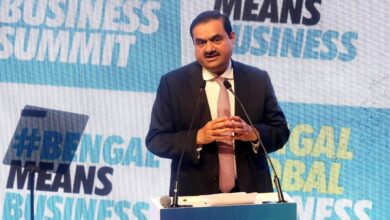