If we discuss, if these web series are morally right or wrong, well there can’t be any specific answer. In November 2020, the Cyber Cell of the Maharashtra Police booked seven OTT platforms for supposedly “transmitting sexually explicit and obscene content online”. Ullu’s CEO Agarwal stated that “I find it strange that a country obsessed with sex is so hypocritical about viewing such content. They watch it, but won’t publicly admit that they are watching it,” He further said “There was a time when, at gatherings, people around me tried to avoid talking about my work, I knew they were watching [it], because even to treat me with some contempt, they had to have. The situation has improved to an extent, but I still have some critique coming my way.”

These shows made many actresses famous such as Sneha Paul who became a hot name after featuring in the highly erotic episode of Charamsukh on Ullu named Chawl House where she had extramarital affair with a young guy. In her next show, Laal Lihaaf, she had lesbian scenes which were very bold and today she is one of the most sought-after actresses in this industry. The stories of these shows are nothing but the fantasy many people have but do not happens in real life like in a PrimeFlix show, featuring Mahi Khan a woman employed as a domestic worker who has a licentious and fulfilling sex life. In KooKu’s The Story of My Wife, featuring  Hiral Radadiya and Paromita Dey, a woman with a cheating husband invigorates her own hidden sexual desires, although not essentially through conventional means. Another KooKu show, Saheli, featuring Aarohi Dike nonchalantly touches on the issue of homosexuality, perhaps normalizing it for the audience.

In Dosti’s Hai Daiya, featuring Shalini Sahay a bride willingly discusses her sex life with her mother. Affordability is one of the factors in the success of these series and platforms where subscription starts from 36 rupees to 399 which anyone can afford. People from small towns find it easy to understand the language used in these web series along with giving them a chance to visually watch their fantasy on their mobiles. Many such platforms dub these shows in various languages to expand their reach and it’s working. The Indian soft porn industry faces some distinctive challenges but whether it’s right or wrong, there can’t be any specific answer to it. As an adult, one has the right to watch anything one wants but the problem arises when one tries to replicate these things in real life which may lead to some serious problems. Also, it may affect the psyche of teenagers and affect their academic situation. A strong law is needed if such web series have to be curved and as a civilized society, till anyone indulges in any illegal activity or crime, many see so much harm in such series, and people going to watch porn anyway. At least, these shows give employment to many people along with the actors and the technicians. 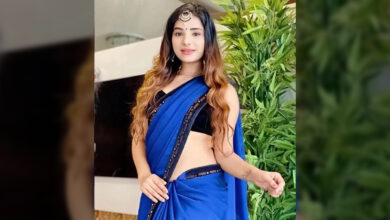